A few months ago, this column addressed the megadrought in the U.S. Southwest and the increasing concerns over water scarcity [ 1]. Since that time, the drought in that region of the U.S. has continued, further impacting communities across the West. And over the course of the summer, severe droughts have been reported across the globe, warranting further attention be given to the impact, as well as the developing technologies, around water scarcity.

Recently released operating plans for Lakes Mead and Powell by the U.S. Bureau of Reclamation (www.usbr.gov) show no signs of lessening drought conditions in 2023. Instead, the plans include additional reductions in water releases from the Glen Canyon and Hoover Dams, which create the two reservoir lakes. The severity of the situation is underscored by recent allocations of government funding to address severe drought conditions, including $8.3 billion for the Bureau of Reclamation’s water infrastructure programs [ 2].

Increasing concerns over drought conditions have recently been reported around the world. A lack of rainfall and heat over the summer had reduced water levels in many of Europe’s rivers. The Rhine river, a major thoroughfare, had experienced low water levels that affected transportation, including that of commercial shipments. A report issued by the European Commission’s Joint Research Centre in August [ 3] describes numerous additional upsets from the drought, such as reduced yields on summer farm crops, and severe impacts on energy generation both for hydropower and for cooling capabilities in other power plants.

China is experiencing what is reported to be its worst drought on record, with parts of the Yangtze River drying up. Measures being taken in China include shutting down energy-intensive industries and cloud seeding (Source: Washington Post).

While water-treatment technologies and conservation efforts have been advancing for many years, the current state of severe drought is bringing a renewed urgency to further developments. The U.S. Bureau of Reclamation is, for example, inviting universities, private industries and other sponsors to submit proposals to receive funding for desalination and water-reuse projects. The Bureau says that up to $2 million of funding is available. Details can be found on its website [ 4].

Last month, in what is said to be the largest round of Series A funding ever given to a water-technology company, ZwitterCo, Inc. (www. zwitterco.com) received $33 million in Series A funding to further develop and produce its zwitterionic membrane technology. The company has patented its zwitterionic copolymers [ 5] and describes its product as a “rugged polymeric membrane that is immune to reversible fouling.” The funding was led by venture capital company DCVC (www.dcvc.com).

More on water-related technologies can be found in this issue’s feature reports, as well as in many of our past issues and on our website.■ 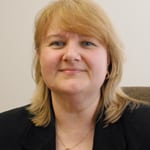 Drought emphasizes water scarcity
A megadrought in the U.S. Southwest has triggered emergency measures to be taken, as both water and hydroelectric power supplies…
Addressing water scarcity
The threat of water scarcity may not be a top concern for those who have readily available freshwater to meet…
120 years and going strong
This year marks Chemical Engineering’s 120th anniversary. At this extraordinary milestone, I paused to look into the history of the…
Technip Energies awarded contract for TotalEnergies’ SAF production platform
Technip Energies (Prais) has been awarded a contract by TotalEnergies for the production of Sustainable Aviation Fuels (SAF) at Grandpuits…
Honeywell doubles production capacity for Solstice ze in Baton Rouge
Honeywell International Inc. (Charlotte, N.C.) announced its Baton Rouge, LA., facility has doubled production capacity of Honeywell Solstice ze (HFO-1234ze),…