Often, operational problems in steam systems are misattributed because the system’s steam quality is not closely monitored. A clear understanding of steam quality can help to better address these issues

The parameters needed to obtain a steam-quality measurement are temperature, pressure and entrained liquid content. A high percentage (88% or more) of industrial steam systems use saturated steam for process applications. Saturated steam (meaning steam that is saturated with energy) is completely gaseous and contains no liquid.

The boiler operation uses chemical energy from a fuel source to deliver energy to the boiler water. Inside the boiler, liquid gains energy from the combustion process and changes state into saturated steam. As illustrated in Figure 1, water enters the boiler at point A, and the water gains sensible energy (h f) up to point B. The change of state is referenced as point B in Figure 1. As the saturated steam acquires more energy from the boiler combustion process, the steam achieves a high quality (moving left to right), as represented by points B to C. The increase in energy gained by the steam from points C to D goes toward the superheat of the vapor. 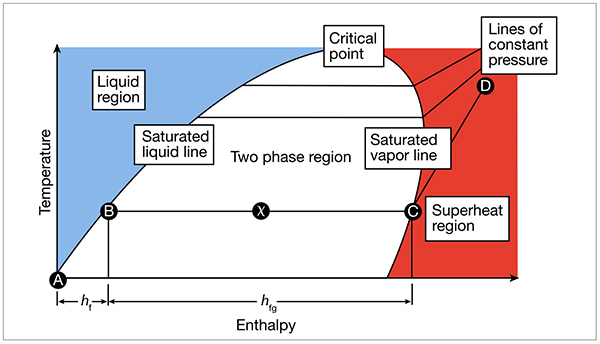 FIGURE 1. The relationship between enthalpy and temperature in a boiler is crucial for understanding steam quality

A directly proportional relationship exists between temperature and pressure in saturated steam. This means that as the temperature increases, so does the pressure. Illustrated by the lines of constant pressure in Figure 1, more sensible energy (hf) is needed for water to transition from point A to point B and become a vapor. When steam enters the process, the energy level goes from right to left as the process absorbs the energy from the steam.

Steam is a vital and critical part in producing final products in chemical processing facilities. Therefore, steam quality should be one of the main measurable points in creating a product in today’s manufacturing facilities. Manufacturers of heat transfer components, such as heat exchangers and tracing elements, base their performance calculations on 100% steam quality, unless the manufacturer is informed by the end user that the steam quality is lower than 100%.

Unfortunately, steam quality is typically not monitored closely and is often assumed to be 100% when that may not be reality. Therefore, issues that arise from poor steam quality are frequently blamed on some other item in the system. Based on field documentation, a high percentage of steam systems are operating below acceptable steam quality levels.

The impact of steam quality

Reduced heat transfer efficiency. The major problem with low steam quality is the effect on heat transfer equipment and the process. In some cases, low steam quality can reduce heat transfer efficiency by more than 65%. The liquid entrained in the steam has sensible energy (16% estimated; this varies with pressure), which has a significantly lower amount of energy than the steam vapor’s latent energy (94%). Therefore, less usable energy is being delivered to the process steam equipment.

Also, the additional liquid (low steam quality) collects on the wet surface of the heat exchanger, causing an additional buildup of liquid, which reduces the ability of the steam’s latent energy to be transferred to the product.

Internal turbine component failures. Liquid introduced with the steam in a saturated turbine operation will reduce the life expectancy of the internal components.

A true measurement of steam quality can be obtained from the use of a throttling calorimeter and Ganapathy’s steam plant calculations [1]. Unfortunately, most industrial plants do not have the luxury or capability of doing such rigorous steam quality testing. 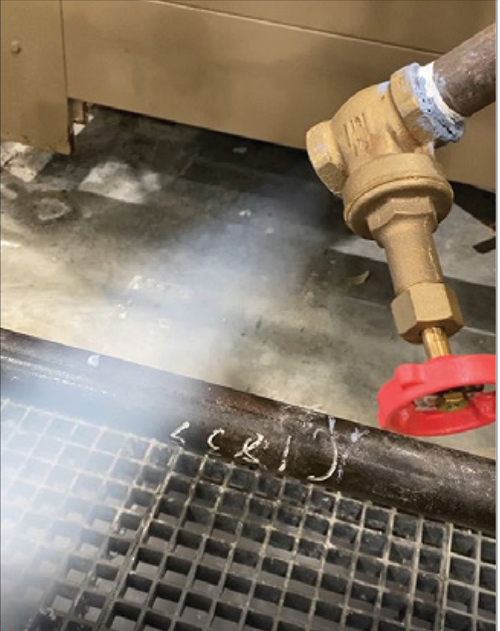 FIGURE 2. Visual inspection can be used to show that steam is of acceptable quality. The steam should be nearly invisible

Another way to measure steam quality is by relying on the basics of steam. Saturated steam is a dry invisible gas and only becomes visible with the presence of entrained air or liquid. Therefore, opening a steam valve and allowing steam to be released into the atmosphere provides a visual manner of estimating the steam quality in the system. To learn more about steam valves, read Proper Sizing and Installation for Steam System Safety Valves, Chem. Eng., July 2017, pp. 48–51. 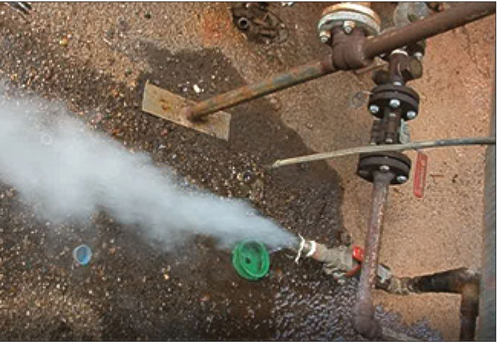 FIGURE 3. This highly visible steam is not of acceptable quality 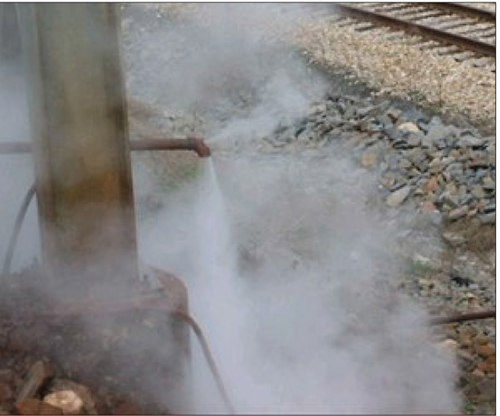 FIGURE 4. Visual inspection shows that there is clearly liquid being discharged with the steam, indicating poor quality

The measuring device used to determine the moisture content of steam is called a steam calorimeter (Figure 5). However, the device really does not measure the heat in the steam. The first known name used was the “barrel calorimeter,” but the liability of error was so great that the device was totally abandoned. Modern calorimeters are generally either the throttling variety or a separator measuring device. All steam-quality measuring devices use the same principle, which is described in the pressure-reducing section of this article. 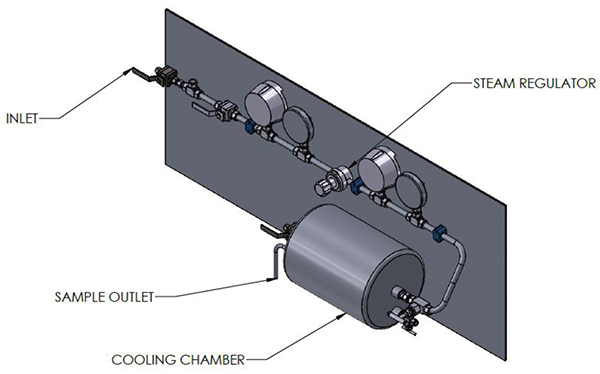 FIGURE 5. Steam calorimeters are used to determine the moisture content of steam

Throttling calorimeter. Figure 6 shows the typical form of a throttling steam calorimeter. Steam is flowing from a vertical main steam line through the sampling nipple. The steam then flows around the first measuring thermometer cup, then passes through a 1/8-in. orifice in a disk between two flanges, around the second measuring thermometer cup, and then is released to the atmosphere. The instrument and all pipes and fittings leading to it should be thoroughly insulated to diminish the energy loss that can affect the measurement. The small orifice can have issues with corrosive material flowing through the measuring device. Therefore, proper steam filtration needs to be part of the measuring system. The discharge steam piping needs to be short to prevent any backpressure below the disk area and causing an error in the measurement. 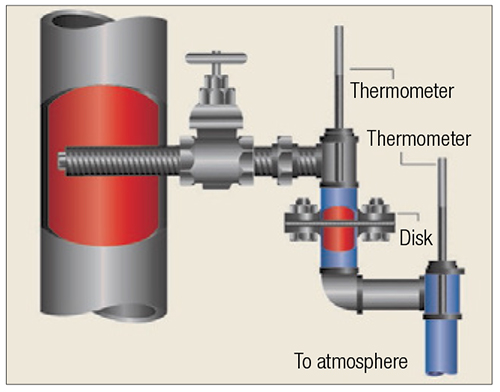 FIGURE 6. A throttling calorimeter’s discharge piping should be short to minimize backpressure

Compact throttling calorimeter. There are many forms of throttling calorimeters, each of which work upon the same principle. A compact throttling calorimeter (Figure 7) consists of two concentric metal cylinders connected to a cap containing a thermometer well. The steam pressure is measured by a gage placed in the steam supply pipe or other convenient location. Steam passes through the orifice (point A in Figure 7) and expands to atmospheric pressure. The steam temperature at this pressure is being measured by a thermometer placed in the cup (point C). To prevent radiation losses, the annular space between the two cylinders is used as an insulating jacket, since steam is being supplied to this space through the hole (point B). 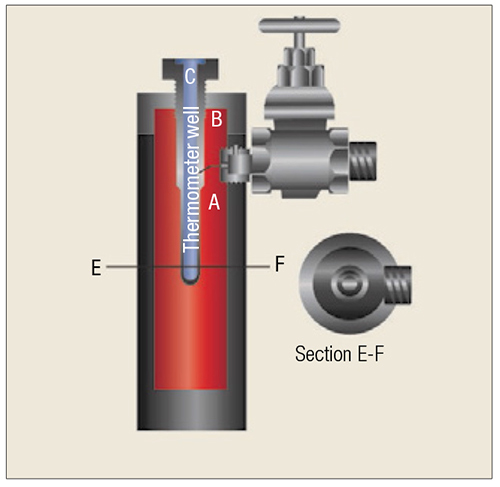 Separating calorimeter.A separating calorimeter (Figure 8) mechanically separates the entrained water from the steam and collects it in a reservoir, where its amount is either indicated by a gage glass or where it is drained off and weighed. The steam passes out of the calorimeter through an orifice of known size so that its total amount can be calculated, or it can be weighed. A gage is ordinarily provided with this type of calorimeter, which shows the pressure in its inner chamber and the flow of steam for a given period, this latter scale being graduated by trial. The instrument, like a throttling calorimeter, should be well insulated to prevent losses from radiation. 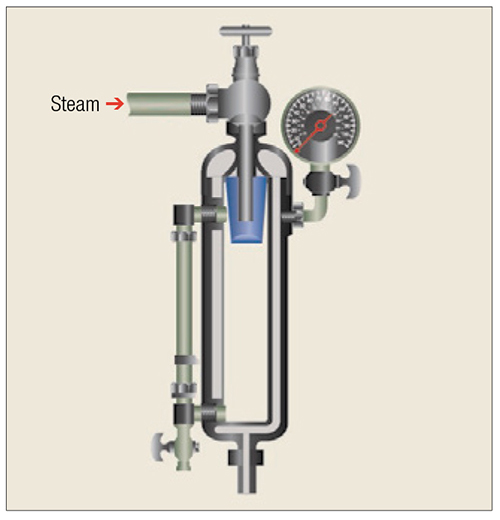 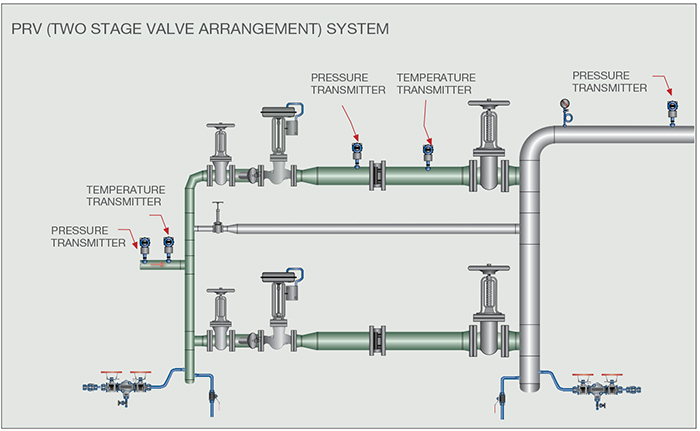 FIGURE 9. In a steam pressure-reducing valve (PRV) station, temperature and pressure readings can be either from indicators or transmitters

When steam passes through an orifice (within the valve internals) from a high steam pressure to a lower steam pressure, as is the case with the throttling calorimeter, no external work has to be done in overcoming a resistance. Hence, if there is no loss from radiation, the quantity of heat in the steam will be exactly the same after passing the orifice as before passing or the valve-inlet heat quantity. 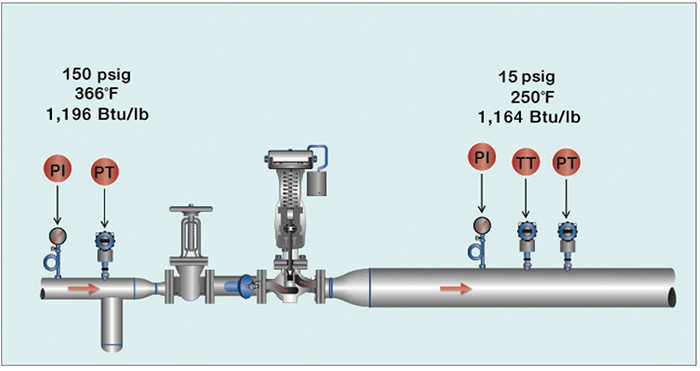 FIGURE 10. Reducing pressure across the station results in a reduction in specific energy, as well as a superheating effect

Consider the following parameters for a sample steam quality determination for the system shown in Figure 10:

There is a difference of 32 Btu/lb existing after the pressure-reducing station at the lower steam pressure (15 psig) due to the fact that no external work was accomplished.

The 32 Btu/lb specific energy will create the effect of superheat. Assuming the specific heat of superheated steam to be 0.52, each pound passing through the station will be superheated to 61.5°F (32/0.52). Therefore, the downstream temperature, if 100% steam quality exists, would be 311.2°F.

The degree of superheat for other percentages of moisture may be determined. The action of the throttling calorimeter is based upon several parameters, as follows:

The difference in Btu/lb of steam at the inlet valve station pressure and after passing the orifice (valve internals) is the heat available for evaporating the moisture content and superheating the steam. Therefore, the following expressions are given:

A slight error may arise from the value used as the specific heat of superheated steam at the example lower steam pressure of 15 psig: 0.52. However, any error resulting from its use will be negligible. ■

Kelly Paffel is the technical manager at steam-engineering firm Inveno Engineering, LLC (Unit 320, 16215 Marsilea Pl., Naples, FL, 34110; Phone: 239-289-3667; Website: www.invenoeng.com; Email: kelly.paffel@invenoeng.com). Paffel has 42 years of experience in steam and power operations, and is an experienced lecturer who has published many technical papers on the topics of steam system design and operation. He is known for writing “Steam System Best Practices,” which are used by plants and engineers globally to ensure proper operation of steam and condensate systems.

Related Content
Protecting Steam Systems from Corrosion
Steam and condensate-return systems can be susceptible to unique forms of corrosion. This overview explains how to prevent or minimize…
Steam Quality Considerations
Steam often provides the majority of heat, but its quality is not always carefully managed. Here are some tips on…
Boost Steam-System Efficiency by Improving Condensate Recovery
Pressurized condensate-return systems and flash-steam vent condensers offer opportunities for fuel cost savings in a plant’s steam system. Here’s how…
Steam Balancing: The First Step in Steam Optimization
The ability to achieve an optimal steam balance can help to improve the overall thermal cycle efficiency of any steam-production…
Proper Sizing and Installation for Steam System Safety Valves
Successful operation of safety valves in steam systems requires careful adherence to established industry standards for installation and design One…