Time and Length Scales of Mixing: The Macro Scale
Successfully scaling up a mixing process involves understanding several important…
IN THE NEWSNEWSFRONTS

Sustainable mining of raw materials from thermal springs
According to statistics from the World Bank, thousands of tons…

Recovering carbon black from waste tires
Until now, waste tires have been used mainly for recovering…

Piloting a process that makes hydrogen and carbon from methane
Next year, construction will begin on an industrial-scale pilot plant…

This sustainable, supercharged catalyst cleans up mold
A family of oxidation catalysts known as TAML has been…

Hydrogen Piping Systems: Mitigating Pitfalls by Design
This overview presents guidance for the safe design of piping…
FACTS AT YOUR FINGERTIPS

Facts At Your Fingertips: Digitalization of Heat Transfer Fluid Systems
The spread of COVID-19 opened the world’s eyes to the…
TECHNOLOGY PROFILE

Hazardous Materials: What to Do When Disaster Strikes
Detailed plans for handling hazardous materials should be a central…
EQUIPMENT & SERVICESFOCUS

Remote I/O IS1+ as an edge gateway for Zones 1 and 2
Alongside its proven remote input/output (I/O) functionality, IS1+ (photo) is…

A 1,000-gal/min pump for horizontal drilling
The new GD 800HDD pump (photo) has an extremely high…

Temperature is one of the most important process parameters that needs to be measured and controlled in the chemical process industries (CPI). For this reason, vendors are continuously improving temperature sensors, transmitters and the associated hardware and software to ensure accurate and reliable measurements, while ensuring safety at the plant. And despite the analog nature of traditional thermocouples and resistance-temperature detectors (RTDs), digitalization is now “par for the course,” while the industrial internet of things (IIoT) and Industry 4.0 trends go hand-in-hand with making the process and the process equipment more reliable.

“The major trends in temperature measurement these last few years have revolved around safety, digital transformation and innovation,” says Kevin Stultz, global product manager for Emerson’s Rosemount Temperature (St. Louis, Mo.; www.emerson.com). “New software and digital tools are becoming more prevalent in the industry, as customers want more data on their process and faster service, this leads to a demand for reducing complexity and improving speed of innovation,” he says.

Although the characteristics and operation of traditional thermocouples and RTDs are well understood, they still need to be calibrated — not just the first time after the sensor is made, but at regular intervals to account for aging, which can lead to drift. In some CPI sectors, such as pharmaceuticals, food and beverages and life sciences, calibration at regular time intervals is both standard and required by regulation. Because the sensor normally needs to be removed from the process to be calibrated, the procedure is both disruptive and time consuming.

“Today, with IIoT, we get the calibration data in digital format — every number is recorded, so you can do some cool analytics,” says Ned Espy, technical director at Beamex, Inc. (Marietta, Ga.; www.beamex.com). You can compare a temperature probe over time, or compare different probes with each other over time, explains Espy. With this information, you might find that you can extend the time interval between calibrations, he says.

There is a growing awareness for data integrity issues and minimizing human errors, Espy continues. “The calibration data are recorded as observed, so there is no human error. Our system has a high level of automation, so users can get away from using paper,” he says.

Introduced in 2019, the Beamex MC6-T (Figure 1) is a portable, automated temperature-calibration system that combines a state-of-the-art temperature dry-block with the Beamex MC6 multifunction process calibrator technology. With the ability to generate temperature, as well as measure and simulate temperature and electrical signals, it offers a unique combination of functionality, says Espy. MC6-T is a documenting calibrator and communicates with calibration software. This enables a digitalized and fully paperless calibration process. 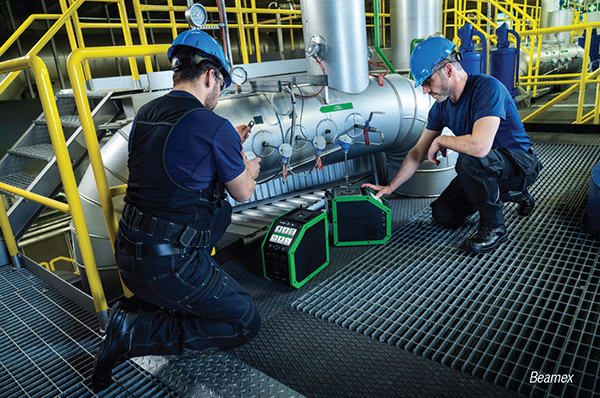 FIGURE 1. The Beamex MC6-T automated temperature calibration system is shown here being used in the field 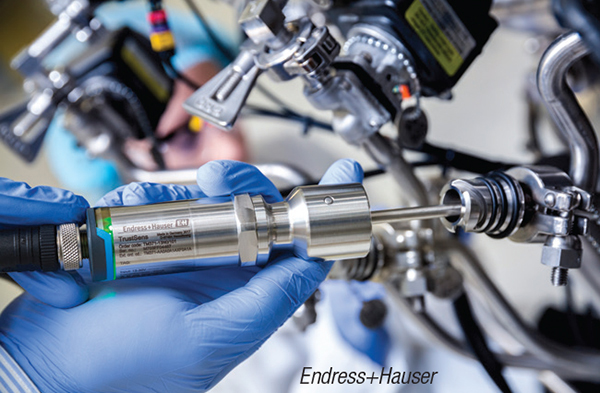 FIGURE 2. The iTHERM TrustSens uses an internal reference material that enables the device to recalibrate itself without removing the sensor

According to Endress+Hauser, the iTHERM TrustSens integrates a high-precision reference with long-term stability into the temperature sensor itself. The reference material has a unique and fixed point, its Curie point (TC), which is the temperature where the ferromagentic properties of the material abruptly change. This change in properties can be detected electronically, which in turn enables the point at which TC is reached to be determined and used as the reference temperature for calibrating the Pt100 sensor.

The exact TC for the reference material is determined with extreme accuracy for each sensor (typically around 118.0°C), so each time there is a cooling process starting at higher temperatures, such as a steam-sterilization of the plant, the sensor is calibrated automatically. If the measured deviation between the reference and the sensor is outside the set limits, the device sends an alarm message, which is also displayed on the device as a flashing red LED.

Although it took some time to convince users, the TrustSens is now becoming accepted by industry, with thousands of units installed, says Löffler. From initial field testing, it was found that the device doesn’t just save time, but it prevents mistakes — “improved precision (that is, consistency of accurate results at lower risk of drift or undetected failures) was found to be the biggest benefit,” he says.

Endress+Hauser is further developing this technology for applications in the chemical industry, where clean-in-place operations are performed regularly, but at lower temperatures, says Löffler. The company has been looking for a reference material with a TC of around 60°C for such applications.

Last year, Endress+Hauser introduced a patented Dual Seal feature for its iTHERM Moduline TM131 temperature transmitter, which adds a second safety barrier to the process. The loss of thermowell integrity, due to abrasion or corrosion, is detected and immediately seals off the sensor insert, thereby preventing the leakage of hazardous process medium to the environment or into the control room (for example, through conduits). The temperature transmitter then relays a message to the control system so that safety measures can be taken to avoid harm to people or the environment, explains Löffler. “In the past, it could take a long time before you realize there a problem, and might only notice after the damage is done,” says Löffler.

“Every plant process engineer, maintenance engineer and plant manager knows the benefit of being able to measure temperature accurately without having to engineer and install a thermowell. For future facilities, a non-invasive approach to temperature measurement simplifies engineering temperature points and dramatically reduces the capital expenditure costs of up to 75% due to reductions in design and engineering, materials and installation costs,” says Sosale.

To measure surface temperatures, ABB uses a double sensor architecture that overcomes the drawbacks of traditional skin-temperature sensors, explains Sosale. One sensor is in contact with the surface of the pipe while the second measures the ambient temperature in the vicinity. A thermal model using these measurements compensates for contact resistances and ambient effects to measure the surface temperature at the tip. The actual process temperature is then inferred using thermal models of typical fluids flowing in piping to predict the temperature fields under common process conditions. “…for the majority of liquid- and steam-measurement applications, ABB’s new non-invasive sensors are just as accurate and responsive as those placed in thermowells,” says Sosale.

Emerson has also developed non-invasive temperature measuring devices. The Rosemount X-well Technology calculates an accurate process temperature without the need for a thermowell or any process penetrations by using a thermal conductivity algorithm, says Emerson’s Stultz. “This innovative design allows for a simpler, safer and more cost-effective temperature measurement solution for the customer.”

“One of the trends we are seeing is that customers want more measurement capabilities than just a spot pyrometer, which only provides a single point of data,” says Jeff Kresch, product manager, Infrared Products at Fluke Process Instruments (Everett, Wash.; www.flukeprocessinstruments.com). “Operators are looking for more temperature information about their process, alluding to the fact they’d like to look at an area of measurement or multiple points of measurement at once,” he says.

“What we’re currently seeing across many of our applications is, where 10 years ago we would have sold pyrometers, we’re now selling fixed thermal imagers,” Kresch continues. “So thermal imaging is bleeding into the pyrometry measurement area.”

New technologies revolve around using vision and infrared (IR) simultaneously, continues Kresch. “Being able to see the process visually, but also from a thermal-temperature-measurement standpoint, is new, and I think that’s one of the key things that operators are looking for,” he says. “We’ve been introducing more high-end technologies for making area measurements and recording data — including a number of changes to our thermal-imaging product line, particularly for looking at tanks, vessels and gasification systems in the chemicals industry.”

Last April, the company introduced the MP Linescanner Series (Figure 4), which delivers continuous, accurate, edge-to-edge thermal images and temperature measurements for high-speed manufacturing processes. The device delivers real-time imaging at scan speeds up to 300 Hz. Such high speeds are necessary for detecting temperature abnormalities, such as hot spots. The new Linescanners can measure up to 1,024 temperature points across a scan line at a rate of 300 lines per second, the company says. 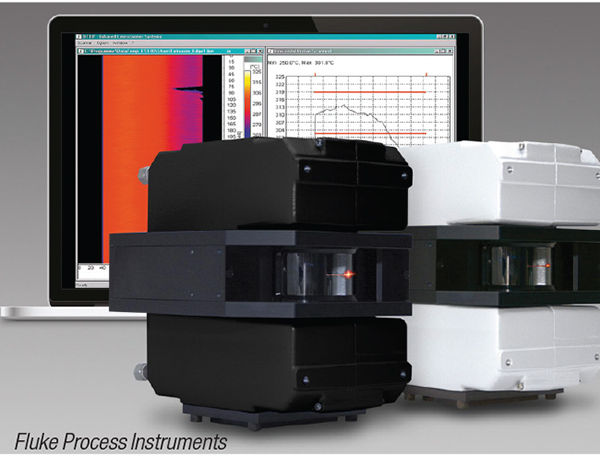 FIGURE 4. This new Linescanner measures over a thousand temperature points along a scan line in 300 seconds

While not brand new, fiber optics technology is gaining increasing interest as a solution for multi-point temperature measurements, says Nicholas Meyer, product marketing manager at Yokogawa Corporation of America (Sugar Land, Tex.; www.yokogawa.com/us). A single fiber optic cable is capable of monitoring thousands of temperature points, making it an attractive solution for large-scale applications, such as tanks and pipelines, he says. “Fiber-optic temperature solutions, such as Yokogawa’s DTSX, can be used to detect leaks in vessels or pipelines, improving operational safety and reducing potential environmental impact.”

Meanwhile, for multipoint temperature measuring, Endress+Hauser offers iTHERM ProfilsSens TS901, a patented multipoint sensor cable developed for the petroleum refining industry. It accurately measures temperature profiles in catalytic hydroprocessing units, such as hydrotreaters, hydrodesulfurization and hydrocracker units. “This very new technology has undergone a long period of field testing, and has now been used in several hydrotreating units where the conditions are very harsh (250–480°C or higher, and pressures of 200 bars),” says Löffler. The flexible probe is said to drastically reduce process perturbation due to its minimally invasive design.

Reliable temperature measurement is not only important for controlling a process, but also for monitoring the health of equipment surrounding the process. IIoT has been a strong trend influencing instrumentation and especially temperature technology, says Gerald Hardesty, product marketing manager at Yokogawa. The ease with which you can install a new wireless temperature transmitter has also created a pull for non-intrusive sensors, he says. “This allows for ultimate flexibility with obtaining new temperature measurements. These new measurements are not directly related to process control, but are used to help improve reliability and efficiency.” 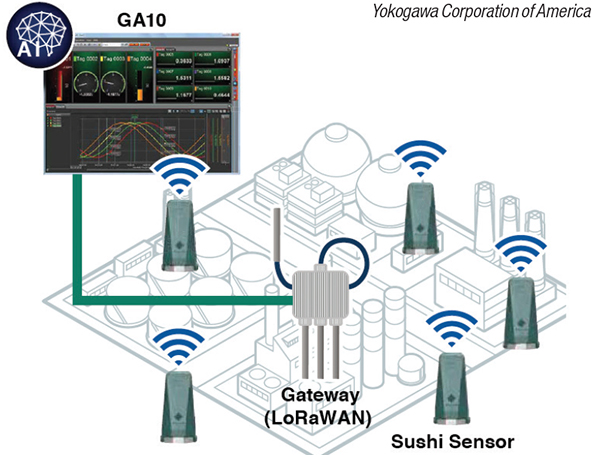 “New temperature measurements can also be combined with other data to assess the health and performance of operational assets,” continues Hardesty. “With Yokogawa’s Sushi Sensors (Figure 5), the temperature measurements can be taken as surface temperatures (non-intrusive) via a magnetic mount or screw mount sensor, or from the process via thermocouples connected to a wireless sensor.” For example, such technology can be used to identify failed stages in multistage heat exchangers, monitor energy loss due to steam leakage, and temperature monitoring of tanks and firebricks, says Meyer. “Finally, the data can be collected and analyzed on premise, taken to the Cloud, or both.”