Caprolactam (Figure 1) is a cyclic amide widely used as a chemical intermediate. The main forms of caprolactam are molten (liquid) and flakes. At ambient temperatures, it is a white, hygroscopic, crystalline solid.

Almost all caprolactam is used as monomer in the production of polycaprolactam, also known as nylon 6. Fibers, sheets, filaments and bristles made from nylon 6 can be used, in turn, in a broad range of products, including apparel and home furnishings; carpets; and industrial uses (tires, reinforced rubber products).

The uses and applications of caprolactam may vary according to the product grade. Commercial caprolactam is produced with high purity, where water is usually the main contaminant with concentrations around 0.1 wt.%. Caprolactam can be used in the manufacture of other products, including 6-aminocaproic acid; caprolactam disulfide; hexamethyleneimine; polyamide 6 terpolymers; poly(ether-amide) elastomers; n-vinyl caprolactam and lysine.

Figure 2. This process diagram depicts the production of caprolactam from benzene

Benzene hydrogenation. First, dried benzene is reacted with hydrogen in two steps, in the presence of platinum-based and zinc-oxide catalysts, to form cyclohexane. The intermediate is purified in two columns and hydrogen is recycled to the reactor. 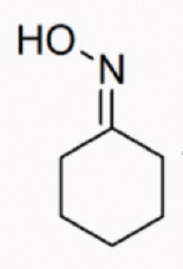 Figure 3. The structure of the oxime intermediate is shown here

Ammonium sulfate purification. The ammonium sulfate solution that is removed in the neutralization steps is concentrated by evaporation. Then it is crystallized, centrifuged from the mother liquor and dried.

This organic compound can be produced commercially from cyclohexanone, cyclohexane, or toluene as starting materials. Most caprolactam production is based on the cyclohexanone process. To a lesser extent, caprolactam is produced commercially by the photonitrosation of cyclohexane or by nitrosation of cyclohexane carboxylic acid (derived from toluene) in the presence of sulfuric acid. Ultimately, the main commercial processes employed for caprolactam production are based on benzene or toluene from BTX (benzene, toluene, xylenes), and generate ammonium sulfate as a byproduct.

Editor’s note: Content for this column was originally developed by Intratec Solutions LLC (Houston; www.intratec.us) and is edited by Chemical Engineering. The analyses presented are based on publicly available and non-confidential information. The content represents the opinions of Intratec only. More information about the methodology for preparing the analyses can be found, along with terms of use, at www.intratec.us/che.