In continuous crystallization, it is often challenging to accurately measure mass flowrates, but the method described here enables a simpler path to a balanced crystallization process 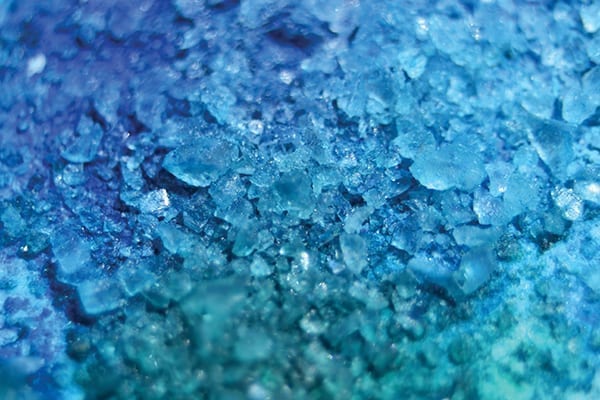 Figure 1 shows a straightforward model of a continuous crystallization process consisting of one evaporator, as in a mechanical vapor recompression (MVR) plant, or consisting of multiple evaporators in series, as in a multi-effect evaporation (MEE) plant. Corresponding process parameters and nomenclature for this example are given in Table 1. In the model, the distinction between the saturator and evaporators is purely conceptual, as in practice, both process steps are merged. The feed (F) flow is usually slightly unsaturated with respect to the solute at the conditions (such as temperature, pressure and composition) in the last evaporator. Note that feeding may take place randomly to one or more evaporators. The last evaporator is the one from which the (combined) slurry flows to the centrifuge that separates crystals from the mother liquor. In the saturator, only water (W1) is evaporated until the feed becomes saturated (SF). Therefore, no crystallization takes place in the saturator. 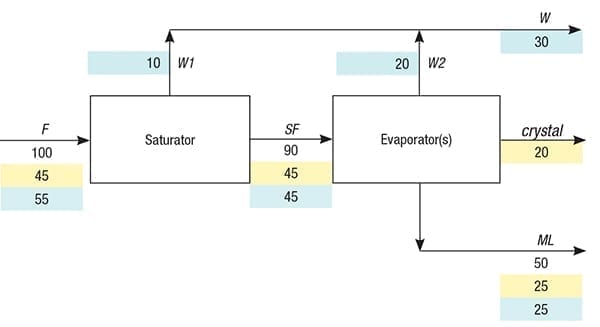 FIGURE 1. This straightforward model of a continuous crystallization process shows mass flows, with the portion of each stream representing water (highlighted blue) and process solute (highlighted yellow). The crystal mass flow indicates the part of the solute that has been turned into solid crystals 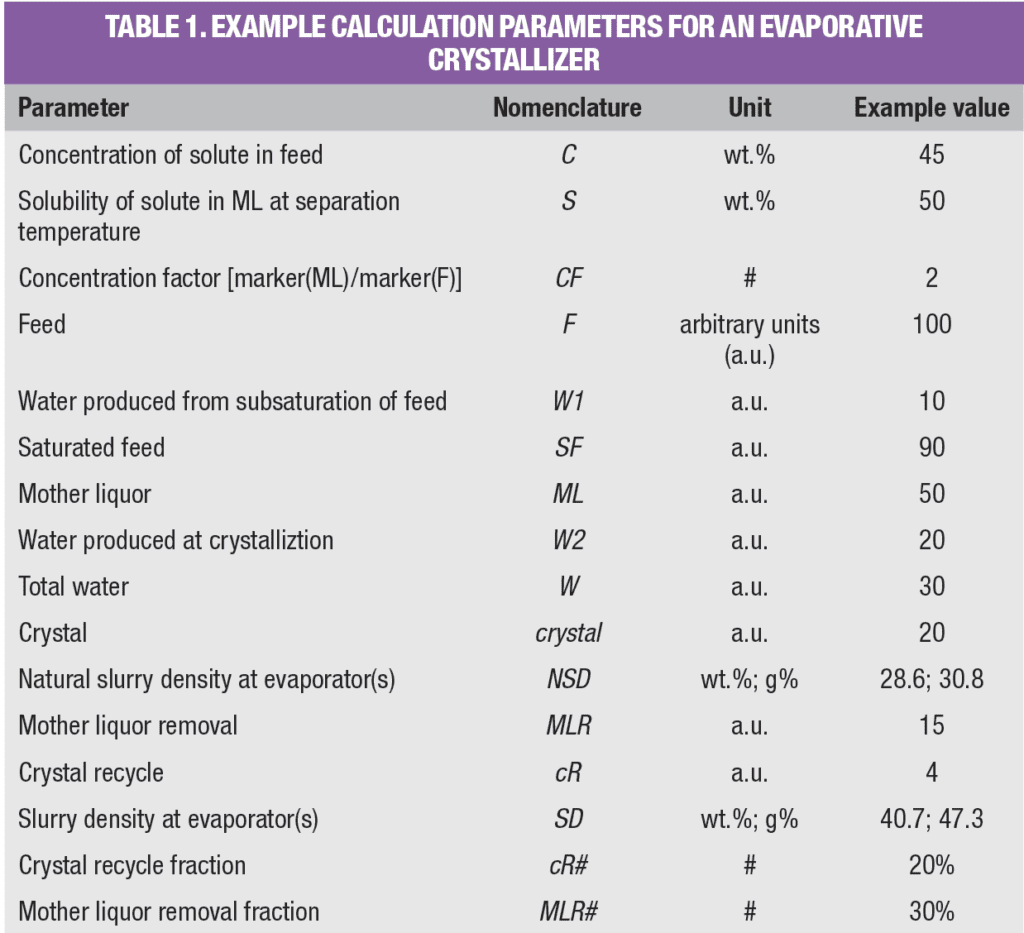 The above equation set consists of six independent equations and seven unknown mass flowrates (F, SF, W1, W2, W, crystal and ML). Consequently, only one mass flowrate can be chosen freely and fixes the capacity of the crystallization process. This is fundamental, as after all, the above given set of equations is valid irrespective the measurement unit selected for the mass flows (meaning that ton/s is as justifiable as mg/yr).

Measurement of the crystal mass flow or the ML mass flow is more difficult, as at the point of separation, some mother liquor remains attached to the crystals, and tiny crystals may persist in themother liquor.

It is evident that the saturated-feed mass flowrate (SF) is technically inaccessible for measurement.

An additional feature of this approach is that measuring two mass flows (for example, W and F) provides a convenient method to check the performance of the two flowmeters involved. Furthermore, note that C can potentially be larger than S, resulting in a negative W1 value.

The natural slurry density ( NSD; wt.%) of a crystallization process is given in Equation (8) below:

Substitution and rearrangement using Equations (1) through (8) shows that this NSD equation can be converted into Equation (9):

Equation (9) shows that the natural slurry density is independent of mass flowrate and can easily be calculated from C, S and CF. Also, a simple graph can be constructed that gives NSD as a function of CF, as shown in Figure 2, whereby C = S. 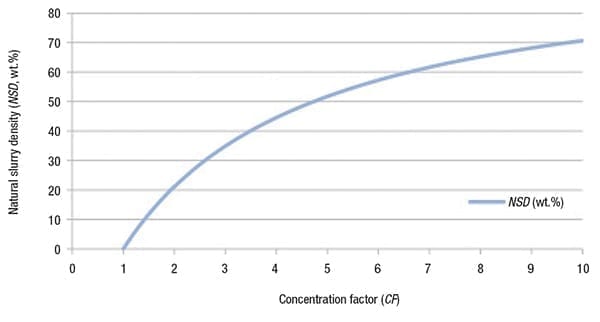 Figure 2. Natural slurry density is a function of concentration factor, but is independent of mass flowrate

The physical reason for the direct causality between NSD and CF is due to the evaporation of water, as illustrated in Figure 3. If water evaporates from a saturated solution, both CF and NSD increase.

Figure 3. Water evaporation is the driving force behind the relationship
between natural slurry density and concentration factor (CF)

However, in practice, slurry density is typically determined as g%, using a glass (or plastic) measuring cylinder, as illustrated in Figure 4. To determine slurry density in g%, a crystal slurry is poured into a cylinder and subsequently allowed to settle freely, which lasts ordinarily only a few seconds. Then, g% is calculated as the height of the settled crystal slurry divided by the height of the mother liquor (both measured from the bottom of the cylinder) times 100. Equations (10) and (11) below give the conversion between g% and wt.% units.

In Equations (10) and (11), ρ s is the crystal density and ρ b is the density of the mother liquor. The wet bulk density (ρwb) reflects the mass of only the crystals at 100 g% slurry density, depending on the specific shape of the crystals, among other parameters. For simple, equally sized, cubic crystals at the closest packing density, ρwb is equal to π/6 ≈ 0.5236 × ρ s [ 2].

However, in practice, determination of ρ wb is essential, because crystallization almost always results in a specific particle-size distribution (PSD) of the crystals and the closest packing is not reached. The ρwb at 100 g% actually reflects the loose bulk density — as if no mother liquor is surrounding the submerged crystals.

Usually, operational considerations (like clogging) demand that slurry density does not exceed about 30–40 g%, except for elutriation or washing legs, or exits of hydro-cyclones just upstream of centrifuges.

By definition, the actual slurry density ( SD, wt.%), including mother liquor removal (or recycle) or crystal recycle (or removal) at the crystallization process is given in Equation (12):

The SD equation above can mathematically be converted by substitution using the set of seven equations given before, and rearrangement, giving Equation (13):

This last equation shows that the actual slurry density is independent of mass flowrates and can simply be calculated from easily accessible parameters, such as C, S, CF, cR# and MLR#. Using the values given in Table 1, we see that cR# = 0.2 (logged as 20%), and MLR# = 0.3 (logged as 30%).

Now, the formulas for NSD and SD can be shortened into Equations (14) and (15), respectively: 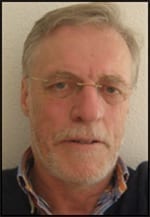