In the process, raw biogas (methane and CO2) is first reformed to obtain synthesis gas (syngas; CO and H2). The syngas is catalytically converted into MeOH, which then enters the company’s reactive distillation column to produce renewably sourced DME. Central to the process are Oberon’s proprietary skid-mounted, modular production units, each capable of producing 10,000 gal/d of DME from waste products.

Elliot Hicks, Oberon co-founder, says the company’s rDME will initially be sold into the propane market. “When blended with propane, the rDME reduces the carbon intensity of the propane, helping to meet renewable-fuel requirements in places like California,” Hicks says.

In the future, rDME may have applications in the hydrogen economy, and as a renewable diesel-fuel substitute. “rDME is useful as a hydrogen storage agent,” says Hicks, and as engines for burning DME are further developed, rDME will be a renewable substitute for diesel fuel in off-road, heavy-duty agricultural vehicles and others, Hicks says. 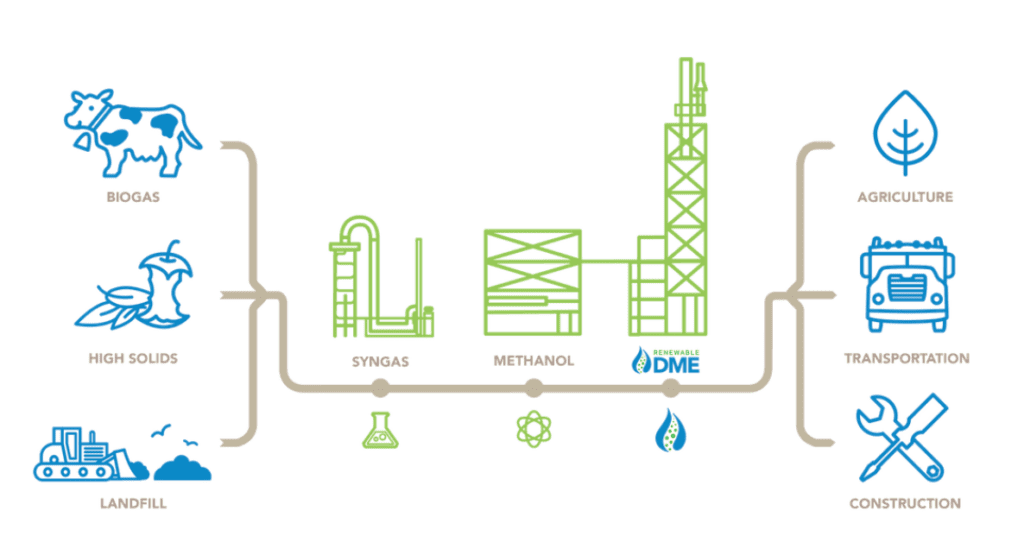