Well over eight billion tons of plastic have been produced worldwide in the last 70 years, most of it since the turn of the millennium. Careless use of plastic has escalated into a global environmental problem. Unfortunately, the following applies to the vast majority of polymer products: regardless of the form in which they are introduced into nature, degradation under atmospheric conditions does not take place at all or only extremely slowly. This endangers the environment to a large extent. Especially the oceans are particularly affected by the significant amounts of plastic waste. In the meantime, complete “plastic islands” have emerged in unimaginable proportions in the North and South Pacific.

Due to this global challenge, the recycling of plastics is increasingly becoming the focus of the general public. The goal should be a “circular economy”, i.e. ideally a worldwide, closed cycle of plastic products.

Currently, recycling is mainly carried out using mechanical processes. The largest, widespread plastic waste fractions  contain many impurities, metals, additives, dyes or multi-layer films. To successfully return these mixed fractions to a cycle, both mechanical and chemical plastic recycling processes must be established on a large scale.

In the first process step of the respective recycling process, the input material for the dissolving or melting process must be prepared in such a way that trouble-free operation and a reproducible process result can be achieved. Due to the sometimes strongly varying nature of the plastic waste, this is exactly where the first, major process challenge lies.

Not only the quality and “purity” of the input material usually vary to a large extent, but also central parameters such as bulk density, particle size or the wettability of the starting material play a decisive role.

Depending on the process, very high viscosities or even higher rheological challenges, such as yield points, are to be expected. In such demanding media, not only the general mixing task such as homogenization and suspension, but also the heat transfer should function reliably. Sophisticated and efficient stirring technology is required if the initial mass is to be homogenized accordingly and brought to the required process temperature in the reactor. 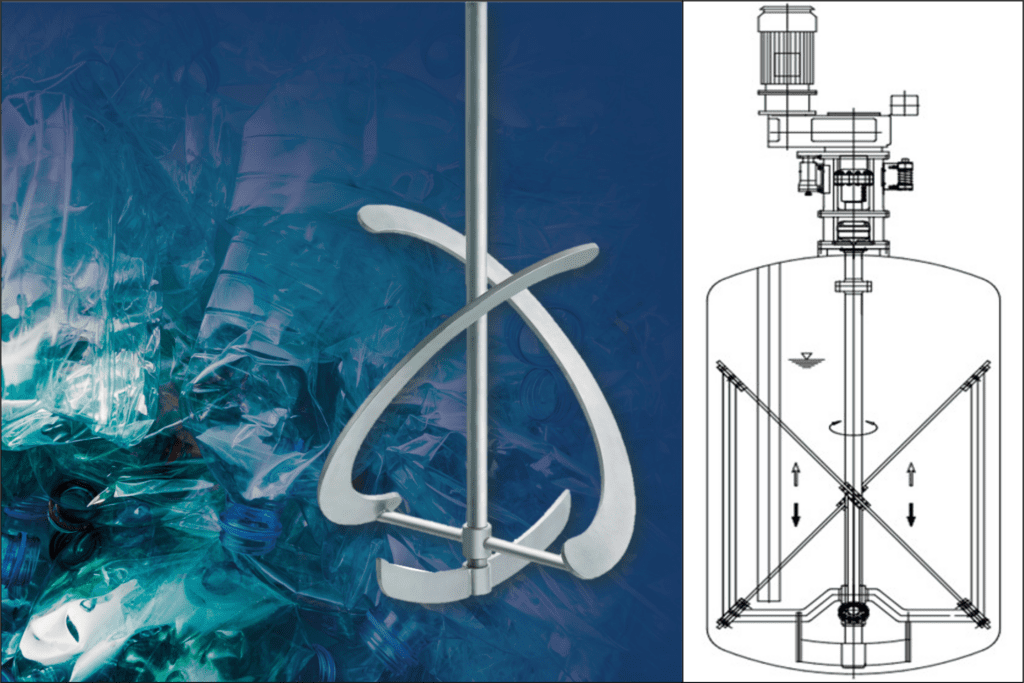 With the EKATO PARAVISC, axial mixing is achieved through the unique shape and arrangement of the two main blades. Depending on the application, this agitator can be operated both upwards and downwards. For example, if it conveys downwards, the fluid is pressed down the wall, changes its direction of movement on the bottom and flows towards the surface in the area of the agitator shaft.

Some solvent-based processes (solvolysis) as well as different catalyzed processes are meanwhile on the way from the pure, promising process idea to a pilot plant. 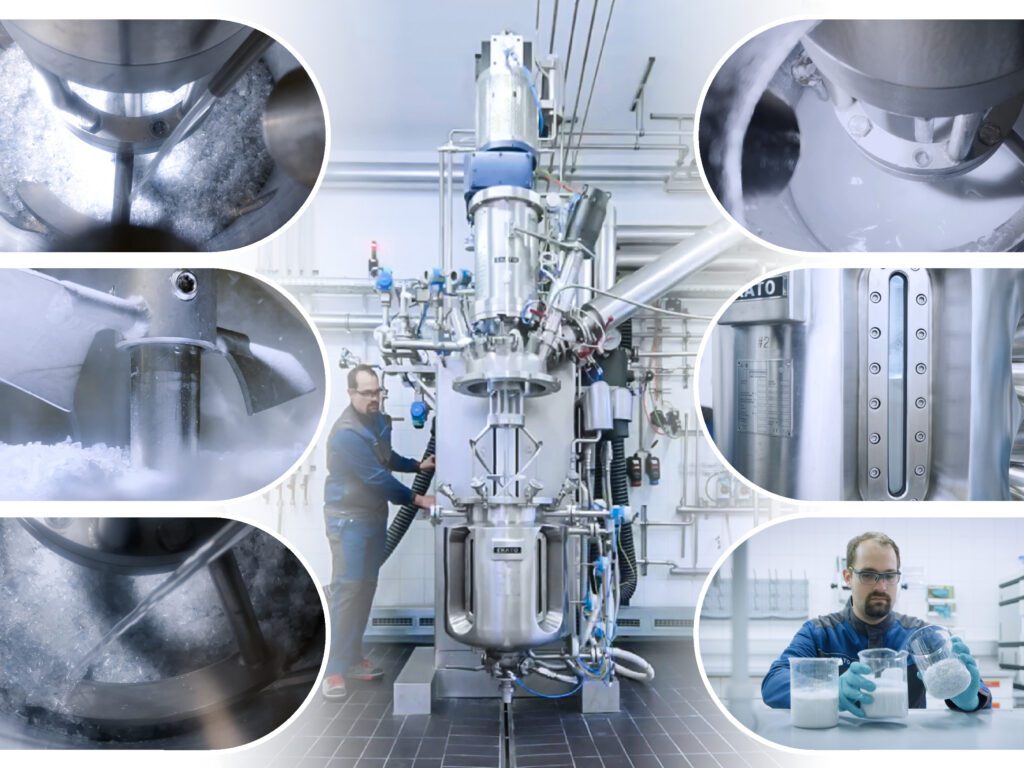 At this point, EKATO offers the principle of the tailor-made reactor concept. On the basis of “Joint Development Agreements”, reactor concepts are developed from the customer processes – which have been tested in the laboratory – and implemented as a scalable, modular system on a pilot scale.

EKATO supports innovative companies in the development of depolymerization technologies with its know-how and expertise in mixing and reactor technology. Processes with different types of plastic waste can be tested and optimized under realistic conditions on a technical scale in the EKATO technology center or in pilot plants tailored to the respective customer process. Based on the findings from pilot tests, EKATO develops a reactor system tailored to the needs of the customer.