Control valves are one of the most common and important instruments used in the chemical process industries (CPI). They help to ensure smooth and efficient operation of process plants, by achieving the desired operating parameters by means of regulating the fluid flow in connected pipes. The need to properly specify control valves during the design phase of a plant cannot be overemphasized.

The size of a control valve is derived from a parameter called the flow coefficient ( C v), which is defined as volumetric flowrate (in gal/min) of water through the valve at 60°F when pressure drop across the valve is 1 psi ( C v is calculated using the formula given in the standard ISA-75.01.01-2007). Process engineers should take the following aspects into consideration when specifying control valves, to ensure that the valves that are manufactured by the vendors function according to the requirements. 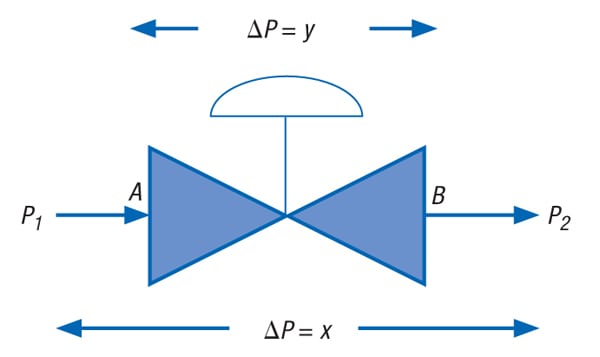 FIGURE 1. Shown here is a typical control valve circuit, which is used illustratively in the descriptions provided in the main text

Pressure drop across the control valve AB at minimum flow is approximately:

The following conclusions can be drawn from Equation (3):

P 1 = Absolute pressure at the inlet of the control valve

P 2 = Absolute pressure at the outlet of the control valve

The exact value of F L for a particular valve can only be available in the valve vendor’s specifiction sheet, but an indicative value can be obtained from the vendor catalog, from ISA-75.01.01-2007, or from other control valve literature during the design phase.

Process engineers should try to minimize the possibility of cavitation when specifying control valves. This can be done in the following ways:

K c = The coefficient of incipient cavitation, which is less than F L [ 2].

In liquid applications, high pressure drop could lead to cavitation. As the pressure-recovery factor of globe valves tends to be higher than that of other valve styles, cavitation can often be avoided with the use of globe valves.

In the case of gases, high pressure drop could lead to choking flow conditions, which can generate excessive noise. Noise can be minimized with a globe valve with the use of cage-guided trim. However, if the available pressure drop across the valve is low, then a butterfly valve may be the preferred choice. 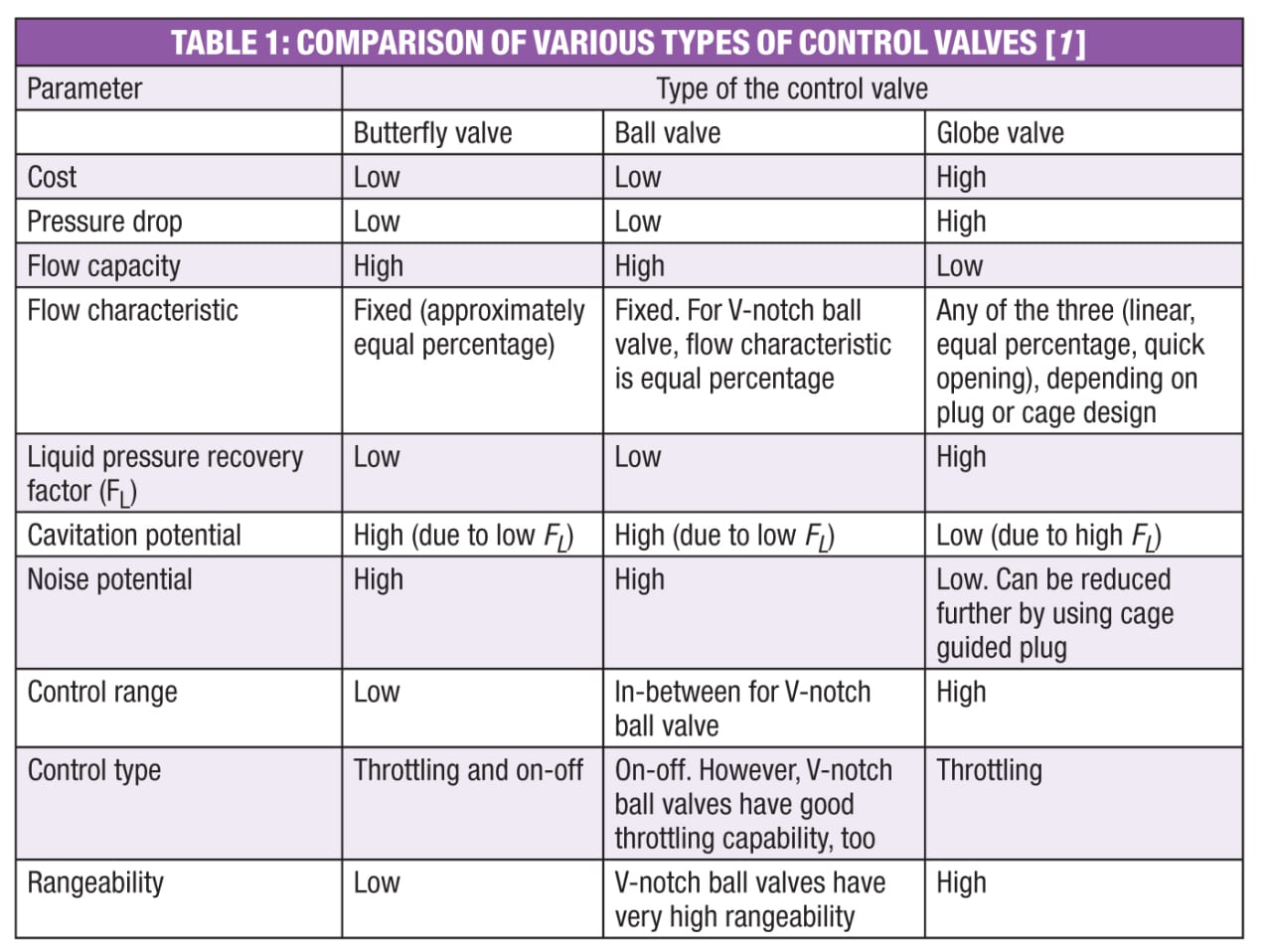 5. Leakage class. The allowable control valve seat leakage is specified in terms of ANSI/FCI 70-02-2006 leakage class. This standard recognizes six classes of allowable seat leakage (Class I, II, III, IV, V and VI). Class I means highest allowable leakage; Class VI means least allowable leakage [ 3]. Generally, control valves for CPI applications are specified with leakage Class IV. However, in situations where tight shutoff is required, at least Class V should be specified. If a control valve is discharging to a flare, or is controlling (on-off) fuel flow to the burner of a fired heater or furnace, it should be specified with Class VI leakage. 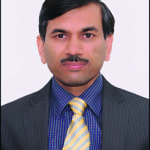 Satyendra Kumar Singh is the general manager (Head of Department) – Process for Simon India Limited (Mehtab House, A-36, Ground Floor, Mohan Co-operative Industrial Estate, New Delhi-110044, India; Email: sty_singh@yahoo.com; satyendra.singh@adventz.simonindia.com). He has more than 24 years of experience in engineering consultancy and engineering procurement construction in the fields of petroleum refining, petrochemicals, chemicals, oil-and-gas, and ammonia. Singh holds a Bachelor of Technology (Honors) degree in chemical technology from Harcourt Butler Technological Institute (Kanpur, India), and an Masters of Business Administration from Indira Gandhi National Open University (New Delhi, India). He is a Chartered Engineer (India), and a Fellow of The Institution of Engineers (India); and has published numerous papers on management and engineering subjects.