Comsol, Inc. (Burlington, Mass.; www.comsol.com) says it redefines the engineering simulation market with the release of COMSOL Multiphysics software version 5.0, featuring extensive product updates, three new add-on products, and the new and revolutionary Application Builder. With the Application Builder, the power and accuracy of COMSOL Multiphysics is now accessible to everyone through the use of applications. COMSOL users can now build applications for use by engineering and manufacturing departments, expanding accessibility to their expertise and to cutting-edge simulation solutions.

“The Application Builder is our vision for the future of simulation,” says Svante Littmarck, CEO and president of the Comsol Group. “It brings the expertise of engineering specialists working in research and development to a greater majority of people, revolutionizing the product design process by allowing the power of multiphysics simulation to drive productivity and innovation. This is achieved by supplying those involved in the design and manufacturing process across all engineering disciplines with apps created by simulation experts.”

Many COMSOL users have expressed their excitement about the Application Builder. “The Application Builder is the biggest innovation yet to come from COMSOL,” says Massimo Bechis, Modeling and Simulation Specialist at Prysmian. “We estimate that by building applications for our colleagues, we would save 30–40% of the time we currently spend on calculations for them. This will improve both the way we work, and the way our colleagues work as well.”

COMSOL users currently on subscription can download COMSOL Multiphysics 5.0, which includes the Application Builder in the Windows OS version, at: www.comsol.com/product-download.

COMSOL Multiphysics 5.0 also brings three new add-on products to the extensive COMSOL product suite: the Ray Optics Module, the Design Module, and LiveLink for Revit. “The Ray Optics Module offers functionality that has long been anticipated by COMSOL users, and we are excited to offer the module with this release,” says Bjorn Sjodin, vice president of Product Management at Comsol, Inc.

For engineers working in application areas including building science, solar energy, and interferometers, the Ray Optics Module is an industry-leading simulation tool for analyzing systems in which the electromagnetic wavelength is much smaller than the smallest geometric detail in the model. “The Ray Optics Module is not like any other simulation software available for modeling ray optics,” says Dan Smith, COMSOL software developer. “For the first time, multiphysics simulations can now be integrated into the modeling of geometrical optics, a truly cutting-edge development for the simulation industry.” Key features of the module include the ability to compute the trajectory of rays in graded and ungraded media, and the modeling of polychromatic, unpolarized and partially coherent light.

Additionally, Comsol offers LiveLink for Revit, which allows COMSOL users to interface with the building information modeling software from Autodesk. With LiveLink for Revit, users can seamlessly synchronize a geometry between Autodesk Revit Architecture and COMSOL, allowing multiphysics simulations to be brought into the architectural design workflow.

Version 5.0 also introduces numerous enhancements to the existing functionalities of COMSOL Multiphysics. New features and updates have been added to the entire product suite, which includes over 25 application-specific modules for simulating any physics in the electrical, mechanical, fluid, and chemical disciplines.

• Materials and Functions – Materials can now be copied, pasted, duplicated, dragged, and dropped. Link to Global Materials using a Material Link when the same material is used in multiple components 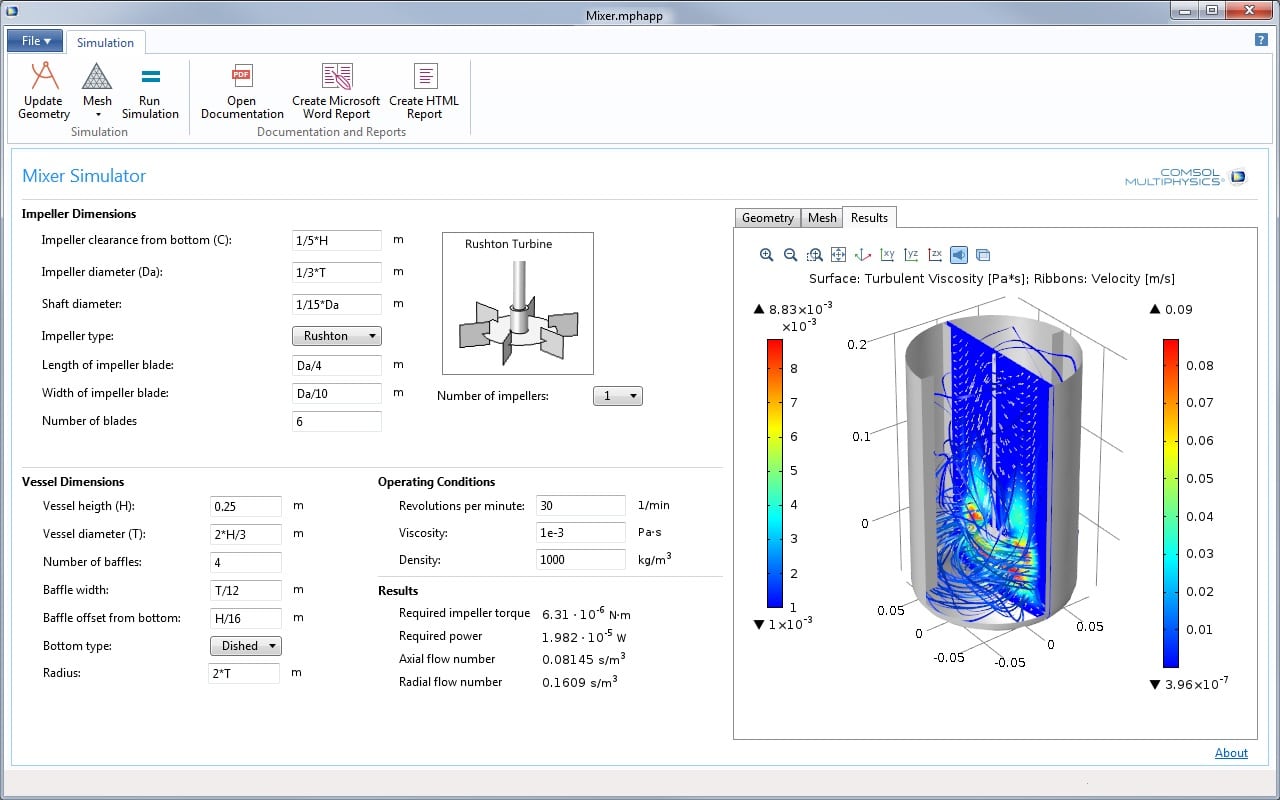