Cyclopropane-functionalized hydrocarbons can be excellent fuels because of their high energy densities, but organic synthesis of such fuels is difficult. In work recently published in the journal Joule, a research team led by Jay Keasling at the Joint Bioenergy Institute (JBEI; Emeryville, Calif.; www.jbei.org) and Lawrence Berkeley National Laboratory (Berkeley, Calif.; www.lbl.gov) has demonstrated a sustainable biosynthetic route to polycyclopropanated fatty-acid methyl esters (POP-FAMES). These compounds can be made into fuels with energy densities of 50 MJ/L or more (Jet A, the common kerosene-based aviation fuel, has about 35 MJ/L).

The potential energy in the strained, three-carbon-rings in polycyclopropanated molecules translates into more energy for combustion than can be achieved with the larger ring structures or carbon-carbon chains typically found in fuels, the researchers point out. In addition, these structures enable fuel molecules to pack tightly together in a small volume, increasing the mass — and therefore the total energy — of fuel that fits in a given tank (see graph below).

To produce POP-FAMES, the scientists first identified a set of iterative polyketide synthases (iPKSs) — enzymes that are capable of producing the desired polycycloproponatated structures — in Streptomyces bacteria species, and expressed them in Streptomyces coelicolor to obtain POP-fatty acids. The team further engineered the bacteria to increase the production of the POP-fatty acids 22-fold, and finally, produced the methyl ester derivatives.

Project leader Keasling says, “This biosynthetic pathway provides a clean route to highly energy-dense fuels that, prior to this work, could only be produced from petroleum using a highly toxic synthesis process.”

The research team is working on generating much higher volumes of the POP-FAMEs for testing in rocket engines and elsewhere. The ultimate objective is to engineer the process into a workhorse bacteria strain that could produce large quantities of POP molecules from plant waste food sources (for example, inedible agricultural residue and brush cleared for wildfire prevention). 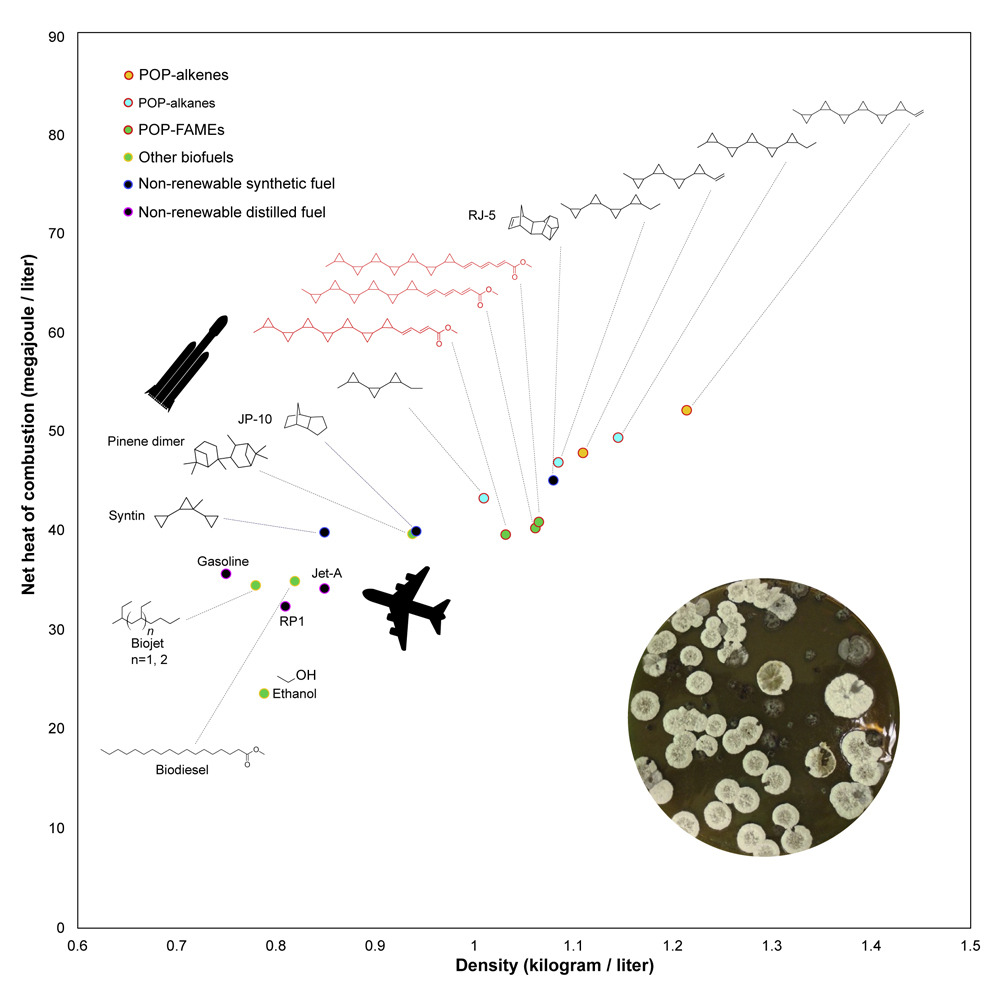